There is a small, 40 seat restaurant in Darlinghurst. Opened by two sisters, Carol and Sharon Salloum, the place has delighted Sydney-siders for more than ten years with delicious Syrian food.

Called the Almond Bar, the sisters wanted to showcase Middle Eastern cuisine and change perceptions of what it had to offer through their restaurant. They wanted to introduce more than kebabs and hommus — to show there was more to the food than something we ate after a big night out.

I dragged my family to the place one night last year. I had not tried Syrian food before and I was curious about the cuisine. I read the reviews and was looking forward to the experience.

When we arrived there was a tray of almonds waiting for us at our table. Some were sweet, others salted or spiced. 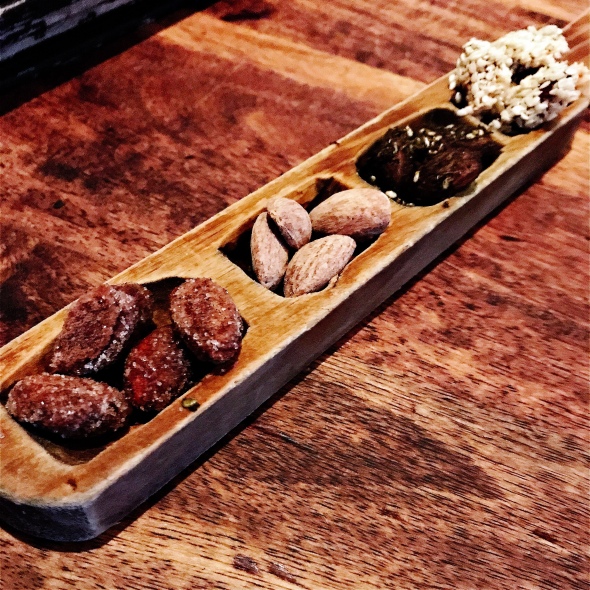 They tell me the almond is native to Syria. A tree that is first to flower at the end of winter, was one of the first in the world to be cultivated for its seeds thousands of years ago. From Syria, the almond spread throughout the Mediterranean, to Africa and America. Now they were on our table, in the middle of Sydney, on the other side of the world.

Some dishes at the restaurant come from recipes that have been handed down from mother to daughters. They say their famous sumbusic — pastries with delicious lamb and pine-nut fillings, spiced with mahlab — is something their mother taught them.

We order it. It’s tasty.

Our painfully fussy child takes a bite and nods. 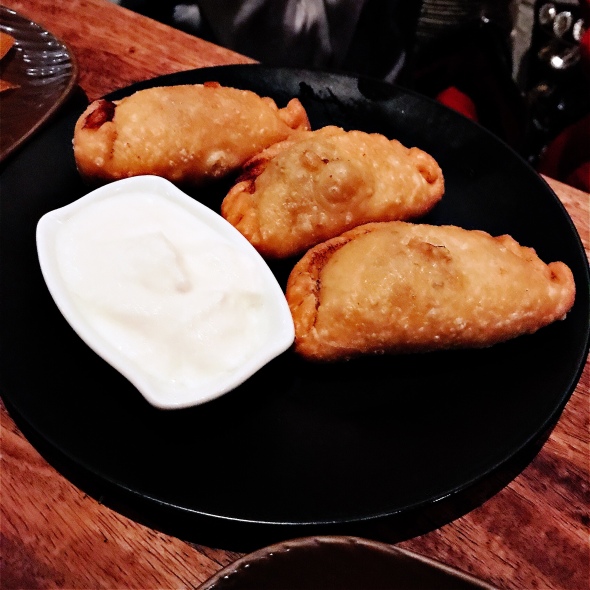 I sense great pride when the Salloum sisters talk about Syrian cuisine. In an interview with Gourmantic.com, Sharon Salloum recalls her trip to the country. She was eight years old.

I loved the natural landscape of Syria, but admittedly what I remember most is the food … my favourite dish in the world Mukloubi, I had for the first time in Syria. It is a beautiful layered lamb upside down dish … that was made by my grandmother. My cousins and I sat around a large platter as children and shared the dish, spoon in hand and ready for battle. It was the most unforgettable meal I’d ever had.

More recently, it has been reported the sisters have set up a jobs and skills program for people displaced by war. It is their way of helping. They still have family back in Syria and they say if the situation were different, it could be any of them coming to Australia seeking refuge.

We order about six dishes as well as dips served with vegetables and Middle Eastern bread. No dish disappointed us. We roll out of the restaurant by the time the meal is over, our bellies full and our tastebuds sated.

Before we leave, I turn to the waiter and thank him for the meal. It was delicious and we thoroughly enjoyed ourselves.

“You are welcome anytime,” he says kindly.