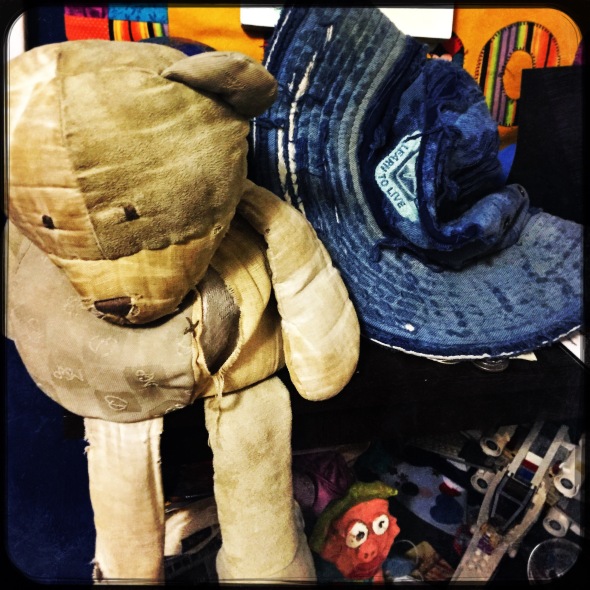 We have a bookshelf at home that has become a collage of loved things. It displays a growing collection of toys, lego, trading cards and other things our son has played with and retired.

The hardest to put on the shelf was his first. It was his beloved Teddy that he had from the day he was born. As he grew, it became his close companion and partner in crime. Out to the park or into bed, that bear went everywhere with him.

Years later the material began to wear thin. Holes too big to be patched started appearing. When the time came, we gave our son the option of playing with Teddy until he disintegrated completely, or placing him on the shelf so he wouldn’t be damaged further. Our little boy chose the latter, but he was heartbroken.

Growing up and leaving things behind can be difficult at times. I guess that’s why our son has a bookshelf of loved things.

The image was taken on the phone and edited with Hipstamatic.